French sailing legend, Loïck Peyron, joins the line-up of top sailing stars to compete in the first-ever event of the inaugural TF35 Trophy next week.

The Frenchman, who has a glittering sailing career in multihulls and monohulls and set a Trophee Jules Verne record, will join the TF35 Trophy as tactician for the newest crew to join the fleet Team SAILFEVER.

Having no prior experience of sailing, Team SAILFEVER owner French entrepreneur Frédéric Jousset, took on the challenge after receiving an email from a potential TF35 team looking for an investor as he was climbing Mt Everest in the spring of 2019.  "What immediately appealed to me about racing on the TF35 was not only the feeling we were about to experience but also the technological challenge we would face," Jousset explains.

For their first season, the team's focus is on progress. Peyron will guide the new owner Jousset through his first year of professional racing with the help of a top crew featuring former Groupama Team France sailors Devan le Bihan, Arnaud Jarlegan and local talent Yvan Ravussin.

"I have been following the creation of the TF35 closely, and I promised myself that I would try it one day. The TF35 is a complex machine, we are still a long way from realizing its full potential, but that is the joy of sailing; there are so many things to discover when you want to learn. I’m delighted to be part of the Team SAILFEVER crew, and looking forward to seeing our progress," says Peyron. 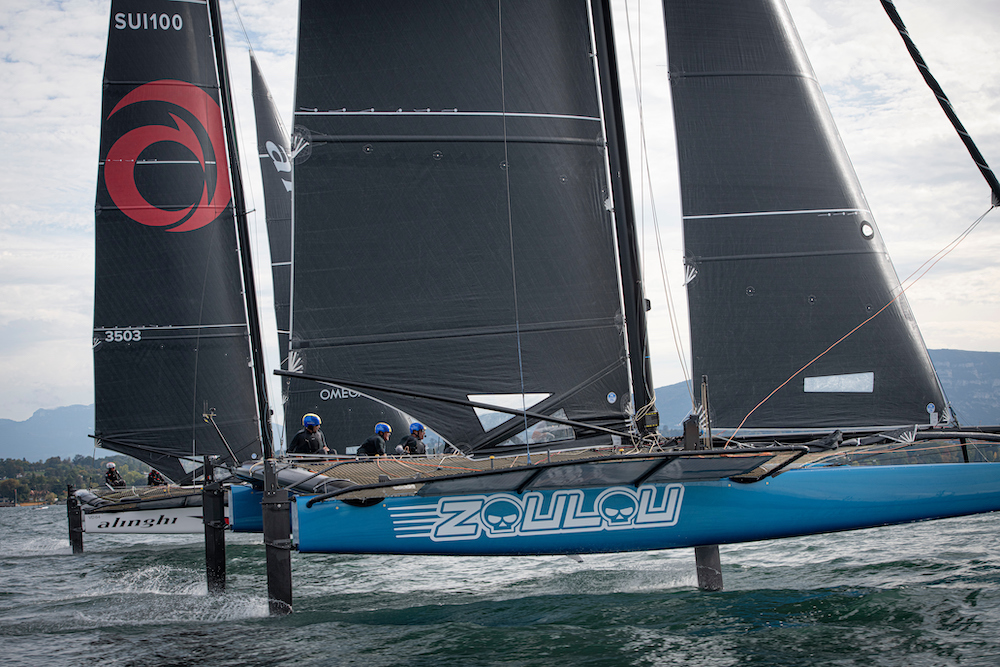 Team SAILFEVER is a perfect example of what the TF35 is designed to achieve: top-level foiling to a broader audience of sailors, with a fully automatic flight control system that uses the latest technology to simplify high-speed sailing. A concept embraced not only by the owners in the fleet, who in most cases take the helm but also by the household names in professional multihull racing that will join the seven teams competing in the TF35's inaugural season.

From their base in southern Brittany, France, Dona Bertarelli and Yann Guichard's Spindrift have been training in the early part of the year before joining the fleet on Lake Geneva in March with a talented young team including Yann Jauvin as tactician supported by Paul Dagault, Duncan Späth, Antoine Rucard and Jules Bidégaray.

Another crew putting in the hours on the water winter training has been Bertrand Demole's Ylliam XII - Comptoir Immobilier. Helmed by owner Demole the experienced crew, including French multihull veterans Thierry Briend, Pierre Pennec and Erwan Israel, have been getting to grips with the new technology as Briend explains: "We started sailing relatively early to get as much time on the water as possible, allowing us to test the boat configurations in different conditions. The TF35 is a technical and demanding boat, and despite our crew having a solid background in flying boats, we are still in the process of discovery and learning how to handle her."

Guy de Picciotto's ZEN Too, one of the longest-standing teams from the D35 Trophy, moves into the new generation of TF35 racing yacht with household names Frédéric le Peutrec, Tanguy Cariou, Nicolas Berthoud alongside the Swiss youth talent of Arthur Cevey, Jérémy Bachelin and Jocelyn Keller. 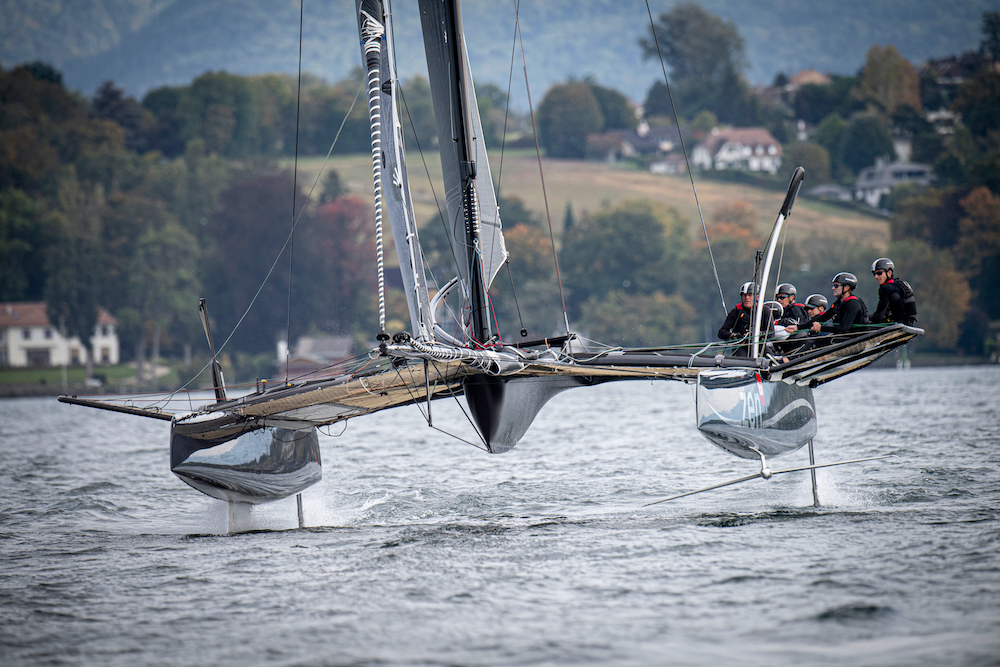