Realteam Sailing wins in Scarlino and the TF35 championship

With ominous black clouds rolling over Scarlino, Italy, the morning of the final day racing looked borderline from the start, with a forecast wind starting at 18-knots and building to guests of 25-knots by lunchtime.

After the morning briefing, Principal Race Officer Benoit Deutsch set out on the water to see the conditions for himself and, an hour later, with the wind and sea state increasing, racing was officially called off for the day.

With an impressive eight-point lead Esteban Garcia's Realteam Sailing, co-skippered by Jérôme Clerc has dominated in Scarlino this week. Taking six wins out of nine races, their discarded fifth from day one the only blemish on a scoreline of first and seconds, "I'm very proud of my team, " Clerc explained. 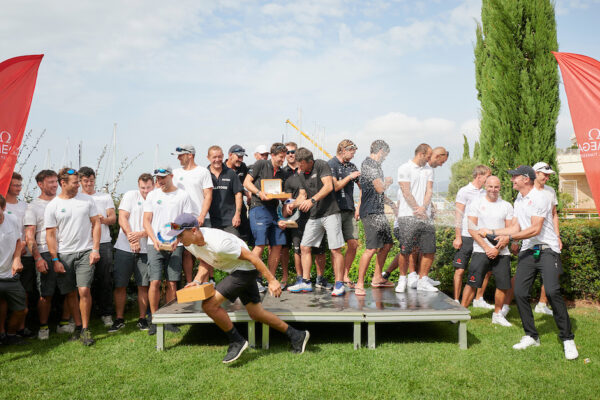