Eight teams will compete in the first ever TF35 Trophy, with four Swiss crews transitioning over from the D35 and four new crews set to join the fray.

With the debut season planned to kick-off in May, Ernesto Bertarelli's Alinghi, Esteban Garcia's Realteam, Guy de Picciotto's Zen Too and Bertrand Demole's Ylliam XII - Comptoir Immobilier will switch to the newly developed TF35 from where the longstanding D35 left off.  The TF35 has also caught the attention of the wider professional racing community with Dona Bertarelli and Yann Guichard's Spindrift racing, Erik Maris' Zoulou, Frédéric Jousset's Team ARTEXPLORA and a confirmed eighth boat, to be announced next month, joining the fleet.

The innovative new design aims to offer top-level foiling to a broader audience of sailors, as Ernesto Bertarelli explains: "Thanks to the concept of T-Foils with an assisted flight control system, we should be able to foil downwind from 6-7 knots true wind speed and from 9 knots upwind. This is fascinating! Not many boats can achieve this today and this will deliver a new and exciting racing game."

The flight control system will also allow owner-drivers to face professional teams on these cutting-edge foiling boats on the water, with the continuity of the friendly owner-class atmosphere from the D35 Trophy on shore."

Twenty-one months in development at the hands of a pioneering design team consisting of Gonzalo Redondo, Dirk Kramers, Luc Dubois, Marc Menec, Adam May and Jean-Marie Fragnière, the successful launch and trial of Boat Zero on Lake Geneva in September 2019, has now seen seven additional TF35s go into production.

Over February and March 2020 each of the TF35 teams will complete a week of winter training in Mar Menor, Murcia. Having just finished their week in Spain, Zen Too's helm Frédéric le Peutrec explains: "The most remarkable thing with the TF35 is its ease of flight. It's a glider! Thanks to the automatic lift regulation system, the stability on foils is stunning both upwind and downwind and immediately gives confidence, which allows the crew to focus on performance, coordination of maneuvers and soon ... tactics."

Giving many of the crews their first taste of t-foiling on the sea rather than a lake, the class is using the training sessions as an essential development step to further improve the automatic flight control and ergonomics of the deck.

Zoulou's Team Manager Jean-Sébastien Ponce adds: "The design team has done a great job by giving us such a weapon, the boat is very powerful."The teams will now go through their full crew selection process before the start of the season.

The 2020 event calendar will be announced in the coming weeks.

For more information on the TF35 teams click here . 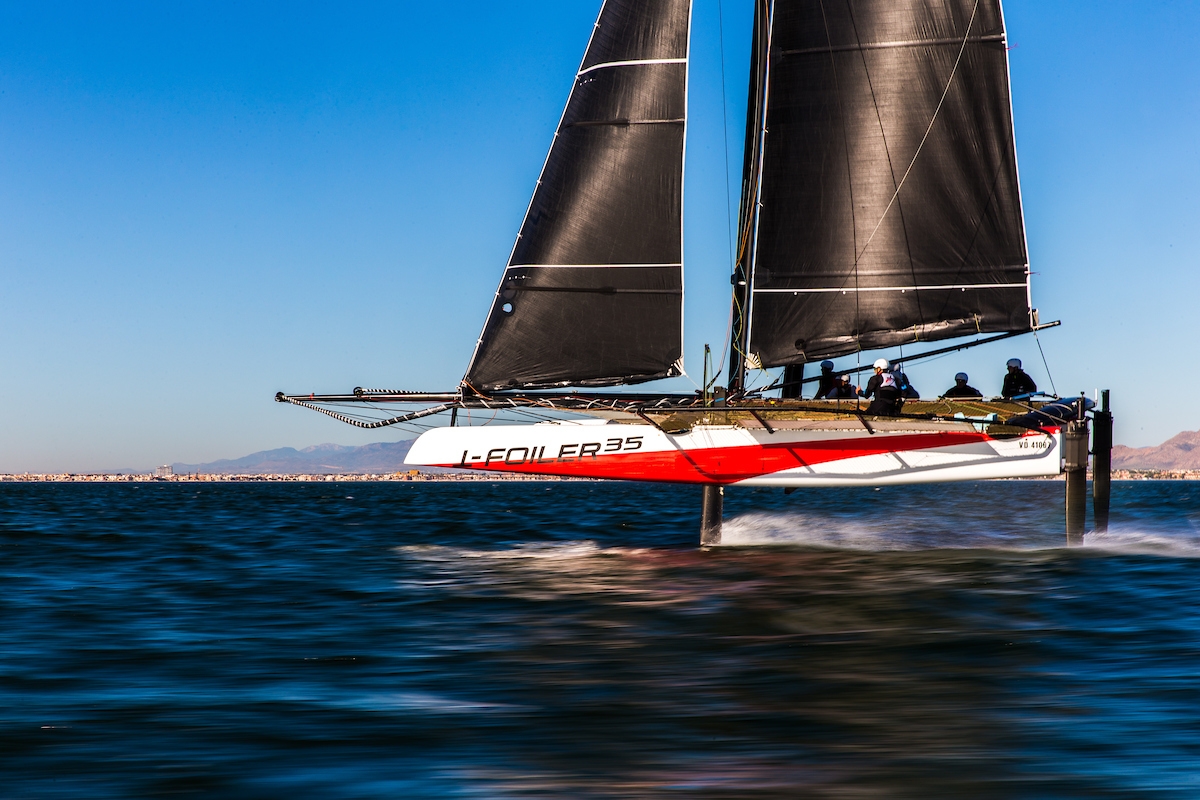 The eighth TF35 team is to be announced next month.