Perfect conditions for the first flight of the TF35 fleet

This weekend, 4-6 September, seven of the new TF35 high-performance foiling catamarans met for the first time on Lake Geneva, Switzerland, for a training weekend hosted by Club Nautique de Crans.

The newly developed TF35 has been designed with the ambitious brief to offer top-level foiling to a wider audience of sailors. With earlier take-off speeds, foiling upwind and down and a fully automatic flight control system this weekend provided the first opportunity for the seven teams to test their TF35s in race conditions. A moment that was eagerly awaited by the crews competing, the organisers of the class and the boat's design team.

For this first training weekend, the forecast on Lake Geneva offered a dream rage of conditions allowing the race committee to complete nine races in winds ranging from 4 - 12 knots.

Day 1, Friday 4 September, saw racing get underway in the usual light Séchard breeze from the northeast at 5-6 knots and building to 10 knots by the end of the afternoon, allowing the fleet to take flight for the first time. With four races complete in quick succession, day 1 was an opportunity for each of the seven TF35 crews to assess their level and progress within the fleet after training independently over the summer months.

Day 2 of the training weekend, five intense races were held with close finishes across the fleet in a south-westerly wind that climbed from 8 to 12 knots throughout the day. However, for today's final day of racing the forecasted 10-15 knots northeasterly didn't materialise and the only race of the day was abandoned on the first downwind leg due to lack of wind.

Summarising the weekend Alinghi's Team director Pierre Yves Jorand said: "It was a very rewarding weekend we were able to test the TF35 in different configurations. The objective of the series is to have boats that offer the great experience of foiling in the typical Lake Geneva conditions of around 9-10 knots. It's now up to us to find the best sail combination and boat set up to increase the level of fun and performance of the boat."

From a technical point of view, this first training weekend has also been an opportunity to test the sail configurations, for the designers to see how the boat performs in racing conditions and to further it's impressive ability to fly upwind.

Jean-Marie Fragnière, the TF35 Class design coordinator, explains: "We have seen a great improvement already in just one weekend from all of the crews. As a class, we are thrilled to see the positive development of everyone on the water. We now have the advantage of the autumn months to improve and tweak the setup to make the boat even more reliable for the 2021 season".

The overall feeling from everyone involved at the end of the three days training is of great satisfaction and that the class, the boat and all the teams will be fully ready for the 2021 TF35 Trophy Championship. 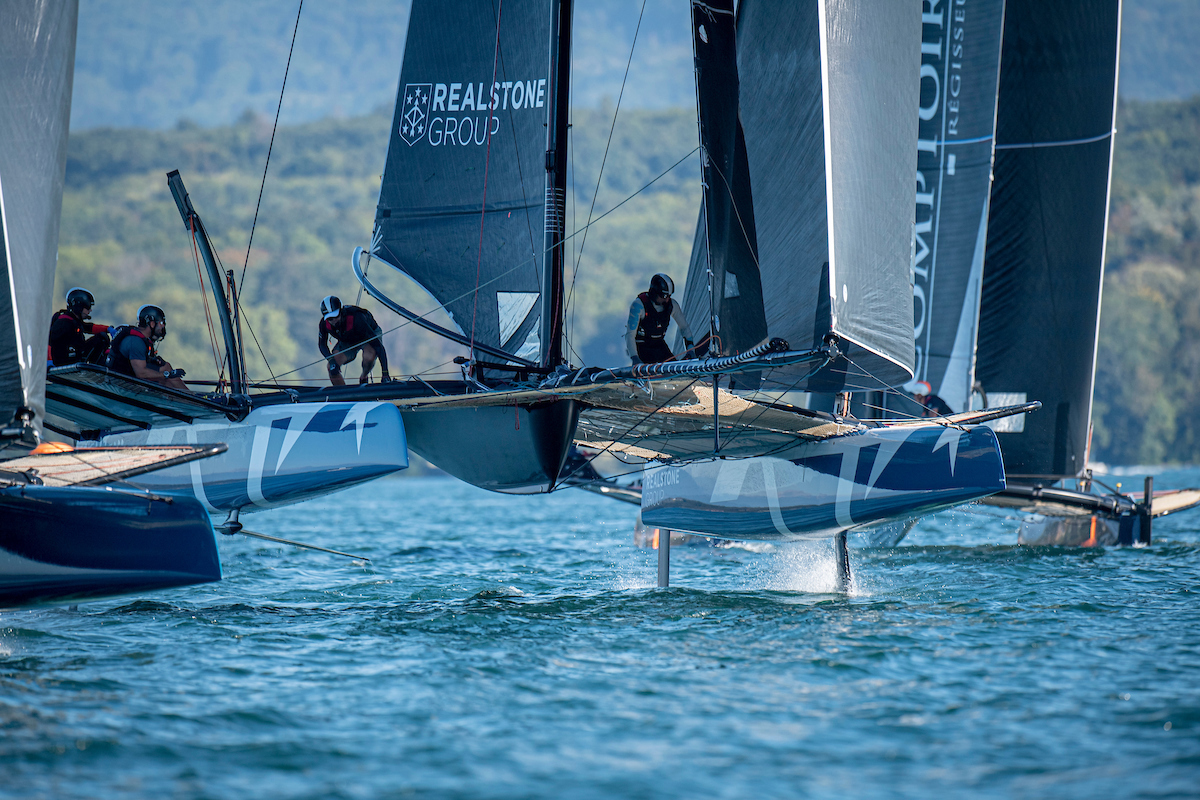 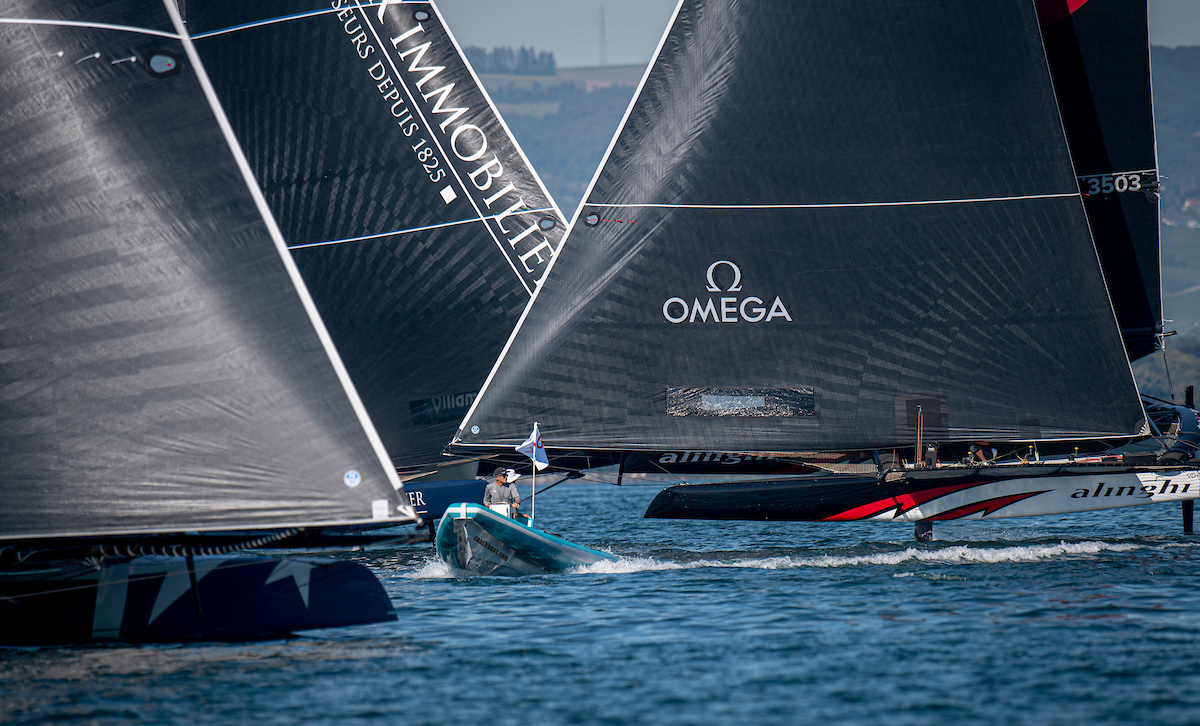 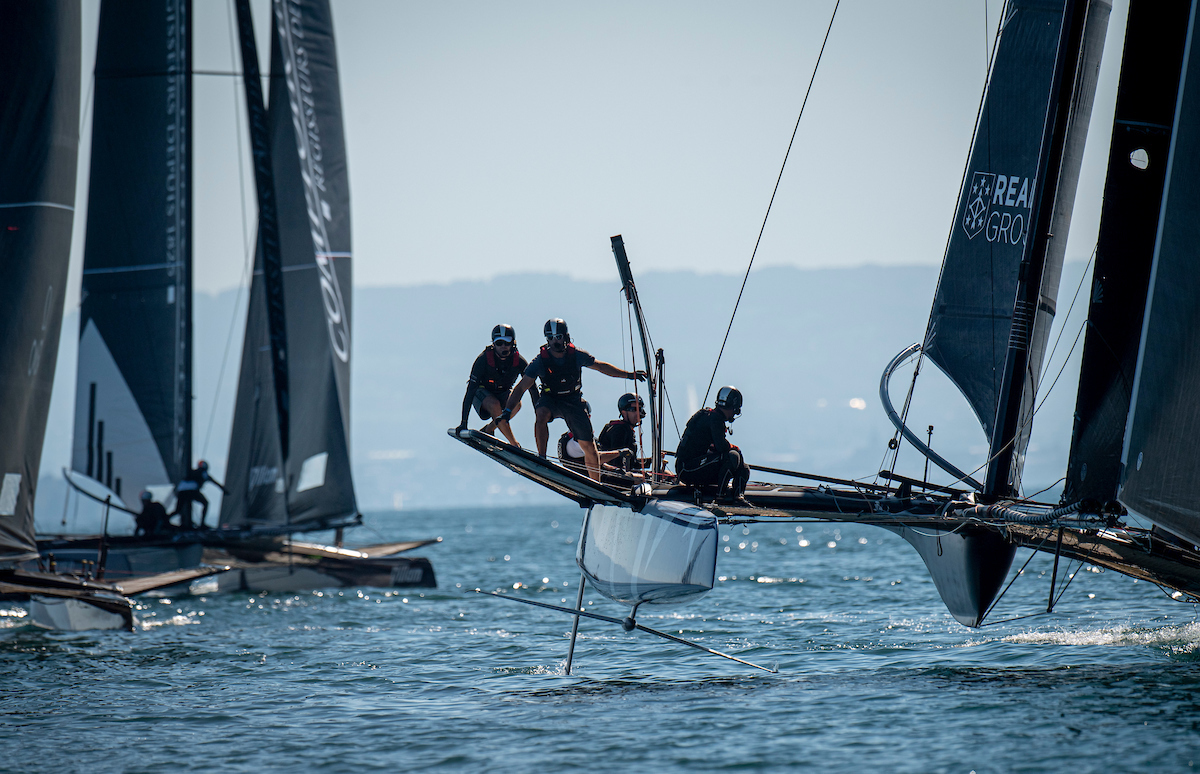