Last night, Thursday 20 February, the TF35 was presented with the coveted Innovation Award at the Foiling Awards ceremony in Milan, Italy.

Receiving the award for the ground-breaking design of the TF35’s fully automatic flight control system. Special recognition and thanks go to TF35 design team member Luc Dubois, who lead the flight assistance project, and Pixel sur Mer who developed the system of hardware and software together with Dubois.

The Foiling Week's annual Foiling Awards recognise the best performance by the best players in the foiling community each year. With official public voting starting on the 20 December 2019 it was an honour for the TF35 to be nominated and take the win, as class manager Bertrand Favre explains: “It is fantastic that the wider sailing community has recognised our efforts to create the automatic flight assistance system. The evening was also a great success for Swiss sailing with four awards won by Swiss teams and we are very proud to be on stage alongside them”. 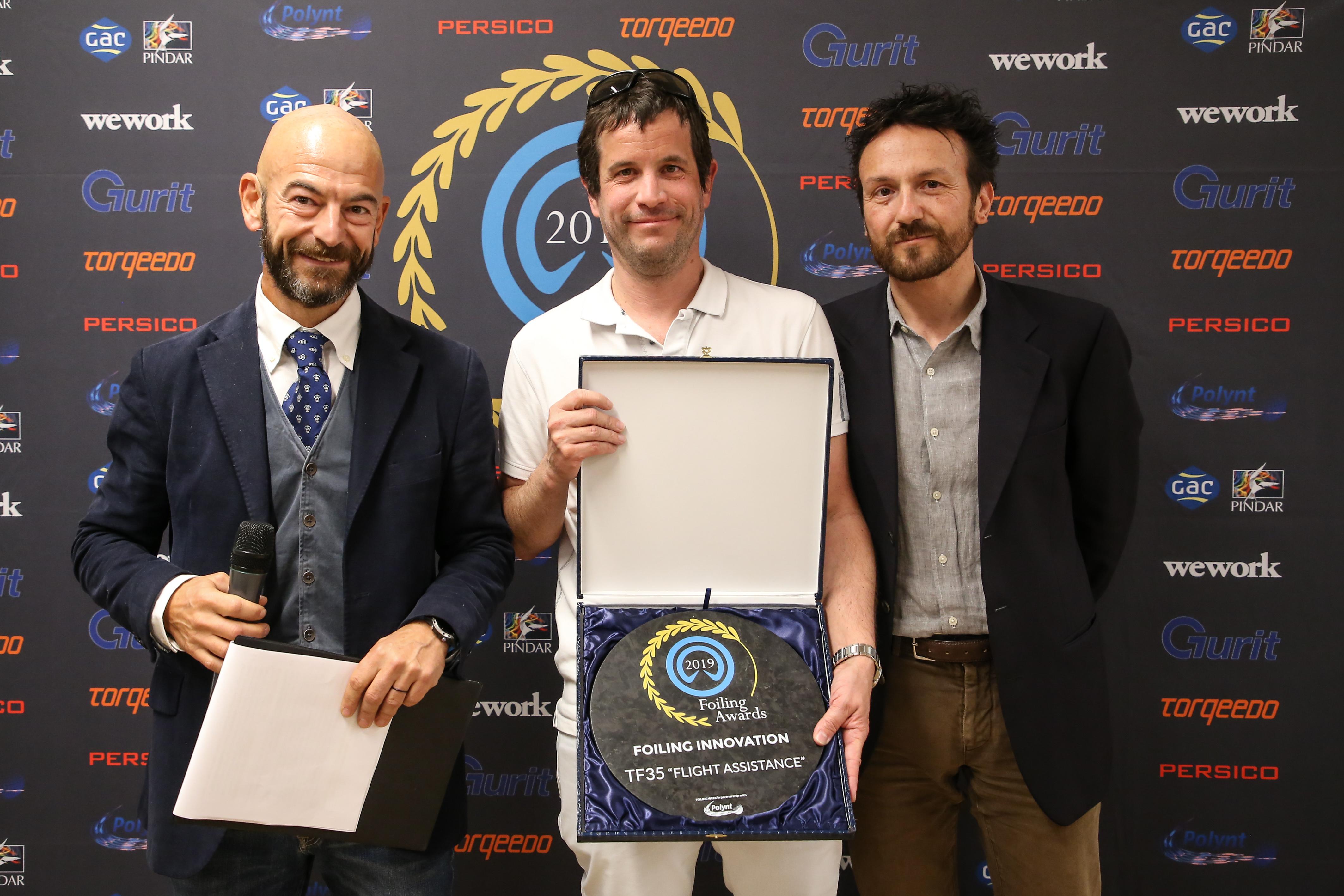