Having lead the process of development to create the D35, Ernesto Bertarelli is once again one of the committed group of owners involved in the development of the TF35.

Bertarelli explains: "My hope for the new design is that it is not only as successful as the D35, but that it also becomes a competitive class internationally on open waters. The TF35 is a one-design, very high performance and, most excitingly, is designed to foil upwind in light conditions.

"I love racing on the lake and the camaraderie of the owners we have involved in the project. Once all the boats are up and running successfully then racing on open water will bring a fresh challenge to the competition," he adds. 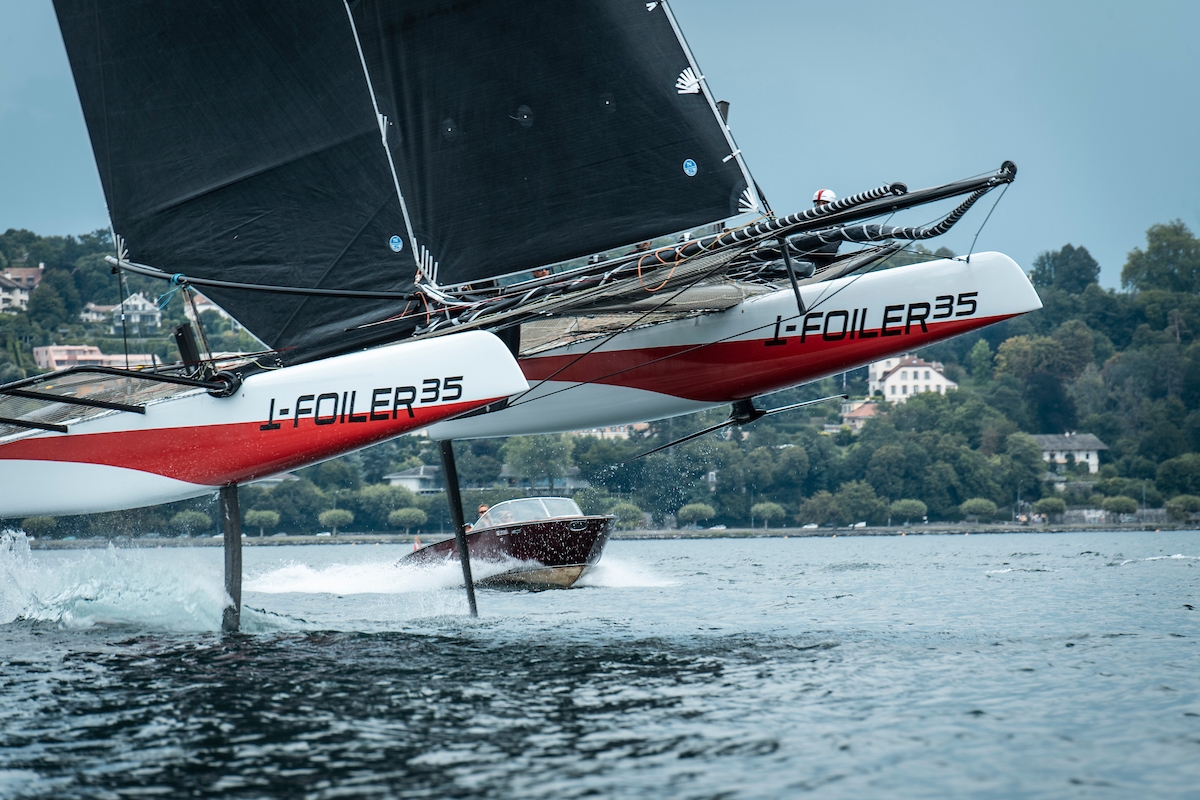 A project 21 months in the making, the innovative TF35's journey from first concept to first splash was spearheaded by an experienced design team. Gonzalo Redondo and his group at d3 Applied Technologies on the aero/hydrodynamic design and performance, Dirk Kramers (SDK Structures) on the structure design and engineering, Luc Dubois on design and flight control development, Marc Menec (IS&3D Eng) on design and 3D modelling and Adam May on design. With the addition of Jean-Marie Fragnière in charge of the production and build.

"What we have designed is in many ways super innovative and new," explains Menec. "Our brief: design a boat that would fly in very light wind, to have electronic stability and that all the boats are exactly the same. It has been a really exciting project for us as a design team as we have designed this crazy high-spec racing machine but that will be raced by small teams. It is great to have the opportunity to work for such an active and implicated owner class with a clear vision of what will be their future boat."